The Democrats Will Lose Again

I was all set to rant about the ineptitude of the Democratic party, but William Astore at Bracing Views beat me to the punch:


Meanwhile, Democratic officialdom is looking backwards, not forwards.  The Democratic National Committee’s (DNC) idea of progress is to bring a lawsuit against Russia, the Trump campaign, and WikiLeaks for the 2016 election.  This act will “fire up the base,” or so leading Democrats appear to think.  But it’s really sour grapes, a loser policy conducted by pols who remain out of touch with the pressing concerns of ordinary Americans (you know, things like health care, a living wage, and other issues associated with Bernie Sanders’s campaign).  If only America had a true Labor Party instead of a DNC that mirrors the Republicans while lacking their focus and ruthlessness.

And it just gets worse. It turns out the the DCCC or the DNC or some other sclerotic party organ got their big six-figure brains cookin’ and came up with an exciting new message for the upcoming midterms. Or maybe not:


Democrats are looking back to the last time they took control of the House for lessons on what may work this year, and they’re starting to narrow in on a major theme: the Republican “culture of corruption, cronyism and incompetence.”


House Minority Leader Nancy Pelosi (D-Calif.) is bringing back her 2006 refrain for this cycle. It first appeared in an April 6 statement calling for the resignation of Environmental Protection Agency head Scott Pruitt, saying he was “a part of the Trump Administration’s culture of corruption, cronyism and incompetence.” It then popped up later that day in one of her press releases, and then three days later in a letter to her colleagues about their priorities in the coming months. In her weekly press conference the following day, she used the phrase twice, reminding reporters of that earlier election: “Some may recall that in 2005, 2006, one of our mantras during the campaign was to drain the swamp, to end the Republican culture of cronyism, corruption and incompetence, and that is exactly what we did. The president has misappropriated that term of art, ‘drain the swamp,’ and what does he do but have an administration that is wallowing in it.”

Is there anything more inspiring than a seventy-eight year old establishment politician repeating a slogan from 2006 over and over again? It’s just the spark we need to beat Trump and the Republicans. If Chuck Schumer takes it up, I just might have to slip into something a little more comfortable.

God God. Who will rid us of these moribund old fuddy duddies who haven’s had a new idea in thirty years? How much longer must the party be ruled by these stale, stagnant, calcified, ossified, visionless, unimaginative, doddering, corrupt cronyist incompetents? They’ve brought us nothing but defeat and humiliation. They’ve driven the Democratic party to the brink of extinction and delivered the country to Donald Trump. They are total fuckin’ losers and they need to go yesterday.

And just know that if the Dems don’t embrace a positive New Deal style populist agenda — an agenda that actually attracts new voters and enlarges the party — they will lose to him again.

But they won’t. They’ll sprinkle socially liberal confetti around to distract from the fact that behind closed doors they fellate the exact same banks, corporations and arms manufacturers who finance the Republicans. They’ll run an exact replay of the 2016 campaign, convinced, as always, of their superiority and wonderfulness. They’ll shiv progressives in the back, screech all day and night about Russia Russia Russia, and run against Trump’s bad manners. Meanwhile, they’ll continue to pray for St. Comey and St. Mueller to save us.

It’s possible that sheer revulsion over Trump might lead to a “blue wave” election, but I’m skeptical. The Democrats are just as arrogant and lead-footed as their standard bearer was in the 2016 campaign, and they show every sign of being similarly blindsided. One can’t escape the suspicion that they are sleepwalking into another massive defeat. They will not, cannot change their agenda. Nancy Pelosi came right out and said, in the wake of historic Democratic defeats, “I don’t think people want a change in direction.” Unstoppable force, meet immovable object. They’ll cling to their neoliberal Washington Consensus agenda until the whole ship fuckin’ sinks, which quite literally might happen, in a manner of speaking. Even if they should win, they must DO SOMETHING with their victory or Trump, or possibly Pence, will beat them again. At any rate, the pundits who are confidently predicting a blue wave  also confidently predicted a Hillary Clinton victory (and before that, they confidently predicted that Bernie Sanders would be out of the race by the South Carolina primary; for the last year, they’ve been confidently predicting, on an almost daily basis, the imminent demise of Trump. Forgive me for not popping out the champagne quite yet.)

This picture sums up how incestuous and corrupt our political establishment is more than anything else I can think of. It clues us in to what we have in store in the event of Democratic victories (hint: not much). 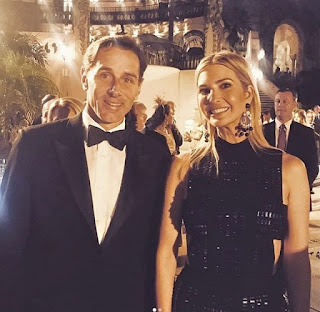 Simply wish to say the frankness in your article is surprising.

Until Pelosi (whom I actually like as Speaker, because she can be persuaded to support popular proposals), Schumer, Debbie Wasserman Schultz, Hillary Clinton and the rest of the Democratic Leadership Council die off we're doomed. I'm afraid the DNC and DCCC are going to make 2020 another Red Wave, but I hope the younger Democrats will adopt Tulsi Gabbard's peace proposals and put the Party back on a realistic path.

Disaster plan: As any farmer knows, the weather or a bad season can lead to low profits. You should have a disaster plan in place in the event Coach Outlet Sale of an emergency to ensure you can survive a bad year or a bad turn of events. Outline changes you can make to your farm to help you save money Coach Handbags Clearance and stay in business in the event of a disaster.

Tell the truth. Everybody messes up sometimes. Lying about it or trying to cover it up always make it worse no exceptions. For work attire to ensure dignity and civility there Cheap Air Force Ones are universal donts common to all societies, oriental or western. For example, nowhere at work can you wear trendy clothes, excessive make up, costly jewellery, fragrance and shoes that New Yeezy Shoes one would normally wear at evening galas or night functions. Similarly other items of clothing that should never leave Ray Ban Sunglasses Sale your closet when you getting dressed for work include wrinkled or stained clothing, sleeveless Cheap Jordan Shoes For Men or transparent shirts, sweatshirts, joggers, track jackets, shorts, exercise Michael Kors Outlet Online gear or anything resembling lingerie should never see the inside of an office..